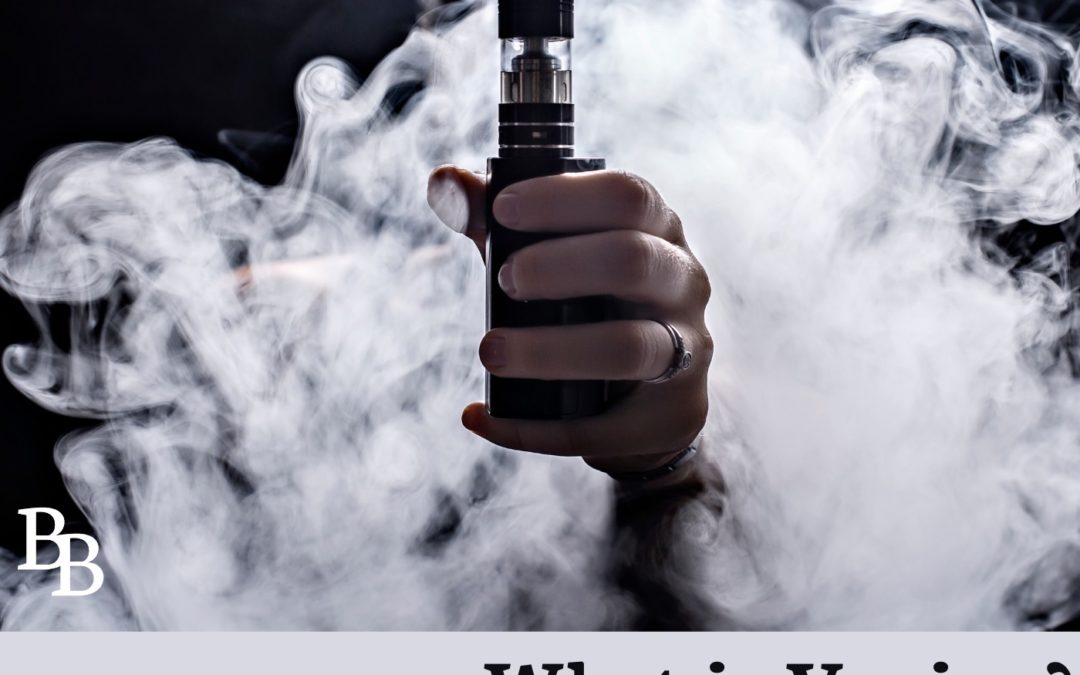 What’s the difference between different types of vapes?

What are the issues around vaping?

Before 2010, there really wasn’t much new in the tobacco realm. Snus had become a thing and was being promoted in different flavors. At the end of the day though, it was still like chew and that was a turn off to many. Then things drastically changed when e-cigarettes came on the scene. Originally in Asia, these devices were built to look like cigarettes and feel the same way.  Many people felt that it was a fad. Little did we all know where we would be 10 years later.

I’ve seen a huge increase in my teenage clients who use nicotine. Previously only the kids who were using drugs regularly were using nicotine. Now, it’s the rarer kid that isn’t vaping at least somewhat regularly. That could be my clientele but data suggests that teens are using nicotine at alarmingly high rates.  Today, I talked with Pat McKone, Senior Director –Public Policy and Advocacy of the American Lung Association. Pat  has worked with lung health programming in

Minnesota for over forty years. Ms. McKone’s work has included tobacco cessation programs for adults and youth, limiting youth access to tobacco, public and school-based education, raising awareness of the impact of tobacco in those with mental illness and/or substance abuse disorders, as well as advocacy around limiting exposure to secondhand smoke, smoke free housing, point of sale, and e cigarettes. Ms. McKone was the 2017 recipient of the American Lung Association’s Distinguished Professional Service Award and in 2018 was recognized as part of the Blue Cross Trailblazer award.

Quick Facts on the Risks of E-cigarettes for Kids, Teens, and Young Adults | CDC

What Is Vaping? Everything You Need To Know

Outbreak of Lung Injury Associated with the Use of E-Cigarette, or Vaping, Products | Electronic Cigarettes | Smoking & Tobacco Use | CDC

Can vaping damage your lungs? What we do (and don’t) know – Harvard Health

The Dangers of Vaping

Associations between vaping and Covid-19: Cross-sectional findings from the HEBECO study

Social norms towards smoking and vaping and associations with product use among youth in England, Canada, and the US

Depression Stick! is fake but vaping’s contribution to the youth mental health crisis is real